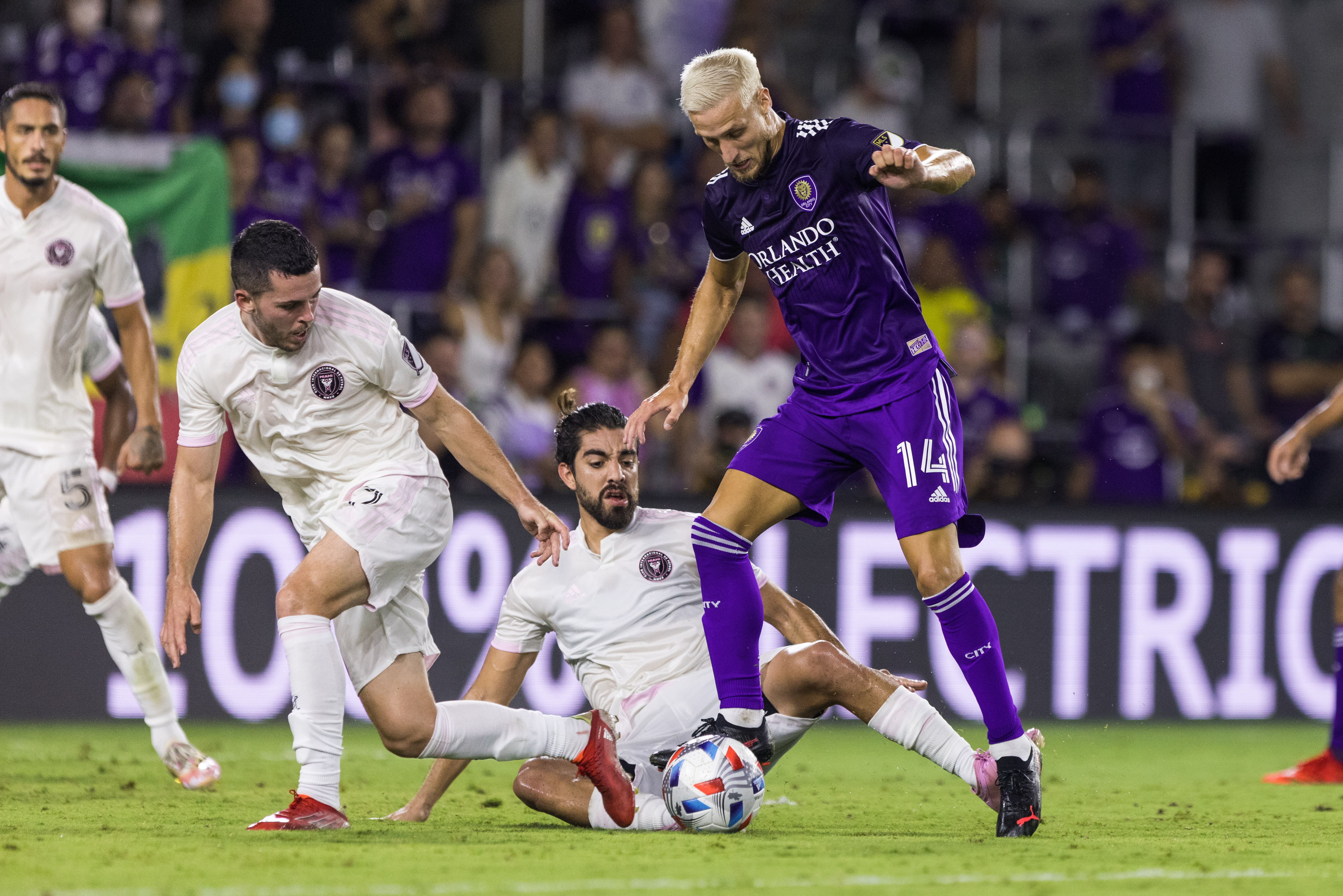 A penalty saved, a goal called back for offside and multiple missed chances told the story for the Orlando City offense as they failed to capitalize on the chances created, settling for a scoreless (0-0) draw against in-state rivals Inter Miami on Friday night at Exploria Stadium.

“I thought it was a very competitive one, like any other game in Major League Soccer,” said head coach Oscar Pareja after the match. “But this one against a team who had some momentum and they came here surely to compete for three points. We did a good job. I thought it boys played well. (In would have been) much better with the three points. We think we did enough to do it. But humbly we have to accept it, take the point, and understanding that’s as the game. A great effort from our players. Very competitive match, I could tell the urgency for both teams. And we’re proud to see way our guys play the way they did today. Obviously we needed to score goals, we needed to be more clinical dismissing a PK as well and with the goal that he was called offside too. Other things make us feel like it was not enough in terms of the result. We will keep going forward.”

Pedro Gallese featured for the first time in the starting lineup since his late July injury in New York and came up with two saves in the match.

The Lions started the match in the ascendancy, creating multiple chances and pushing Miami on the back foot. After a few shots that went awry in the first 10 minutes of the match, a penalty was given in the 11th after a Joao Moutinho cross hit the hand of Nicolas Figal. Tesho Akindele stepped up to take, but Miami keeper Nick Marsman denied the Orlando striker, going down and to his right.

The Lions would continue to create chances, leading to a ball into the back of the net in the 24th minute. On a short corner, Robin Jansson struck the ball from just outside the area with his right foot. The ball deflected off Akindele’s foot and in, but after a video review intervention, the goal was called back.

Orlando would be unable to find another clear cut chance until the 85th minute, when substitute Nani crossed the ball in off a corner for Antonio Carlos, but again Marsman denied the redirected header.

Academy product Raul Aguilera came into the match for the injured Joey DeZart in the 73rd minute, while Nani came on in the 72nd, fresh off his All-Star match. Star striker Daryl Dike also made his first appearance in almost two months, coming in at halftime.

The Lions take on the Columbus Crew on Saturday at Exploria Stadium at 7:30 p.m. on FOX35+ and on LionNation.

How the Lions lined up