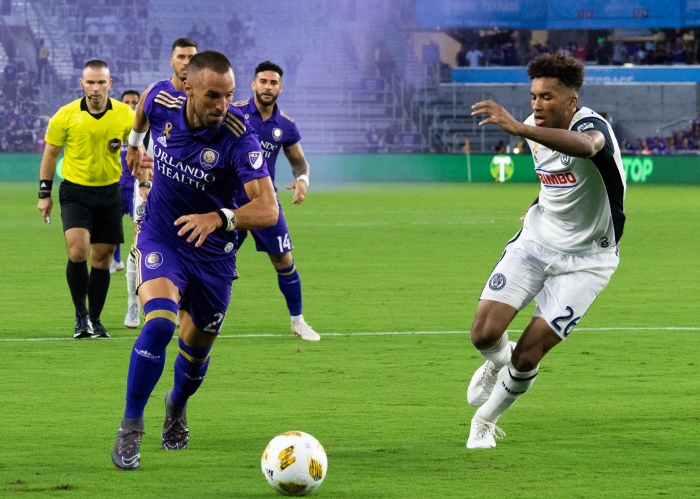 The Philadelphia Union surely looked like they were going to finish the game with three points.

The Lions opened the scoring in the ninth minute when Yoshimar Yotun’s free kick connected with Dom Dwyer, who headed the ball past Andre Blake for the 1-0 lead.

Corey Burke tied the game for the Union in the 32nd minute when he headed a cross from Borek Dockal past goalkeeper Joe Bendik.

Orlando could have doubled the lead in the 24th minute when a cross sent from Yotun toward Dwyer, found Cristian Higuita when then struck the ball at goal, hitting off the bottom-left post.

Picault scored the go-ahead goal in the 88th minute after beating four defenders and striking the ball from distance for the 2-1 lead. The Lions, however, tied the game a minute into stoppage time after Josue Colman found Sutter on the right, to strike from close to tie the game 2-2.

How the Lions lined up